FAMILY STICH AND THEIR PASSION

The Rosenbusch owes its name to its botanical colleague.

In the name finding it was the fragrant roses in front of the house that gave the food for thought in this direction.

In the past, the great grandparents Josefine and Josef (yes, their real name was Josef) used to sell postcards, prayer books and souvenirs from the region and the Engelberg monastery in the neighbouring house. In 1929 they built the next door the present-day Rosenbusch. The salesroom was also there, only a café was added.

After the war in 1948, their son Heiner took over the café with Walburga. By 1959 at the latest, this became legendary. Even today, the guests still rave about the cellar bar from near and far. The youth of that time fell in love with it, had wild parties and it was THE meeting place par excellence. The house chapel heated up the guests on weekends. Over the years, a handful of guest rooms and another building were added. The dining room expanded. The Rosenbusch was now not only a café but also a boarding house. Families from the nearby villages met on Sundays to eat Walburga?’s delicious roasts with the hand-rolled dumplings. Heiner discovered his love for viticulture.

Christa and Alfred Stich also dared to venture into the gastronomy sector in 1979 and took over the business and the vineyard. Through them, the rose bush came to the number of rooms as they exist today. The restaurant has been completely rebuilt. The cellar bar is closed. Since 1996, the small and fine Rosenbusch has had its 3-star hotel classification. From that day on, the hotel and restaurant – quite officially.

Much to Christa and Alfred’s delight, the children André and Marco Stich took over the hotel and restaurant business completely unexpectedly in 2007. André´s wife Nicole supported you. True to the motto: „Tradition can also be modern“.

The adventure could begin! 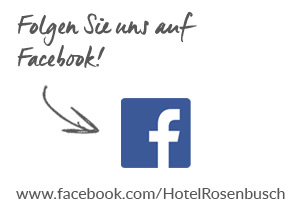 Why should you visit the Rosenbusch? 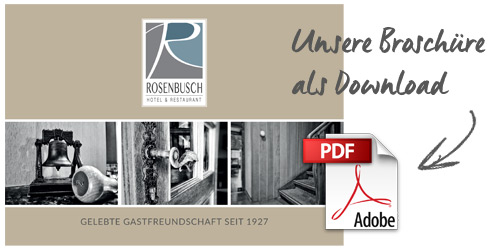